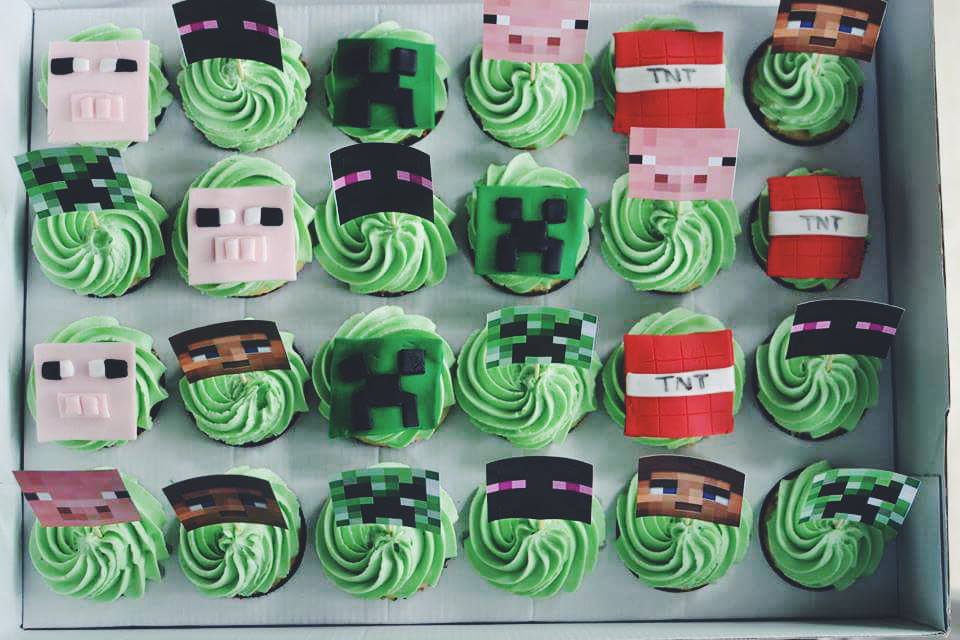 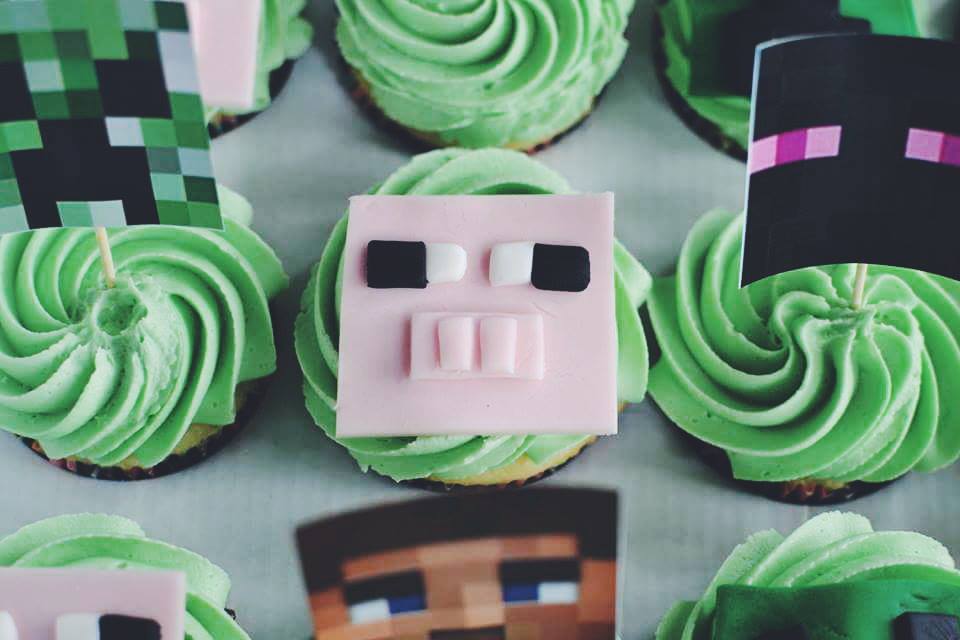 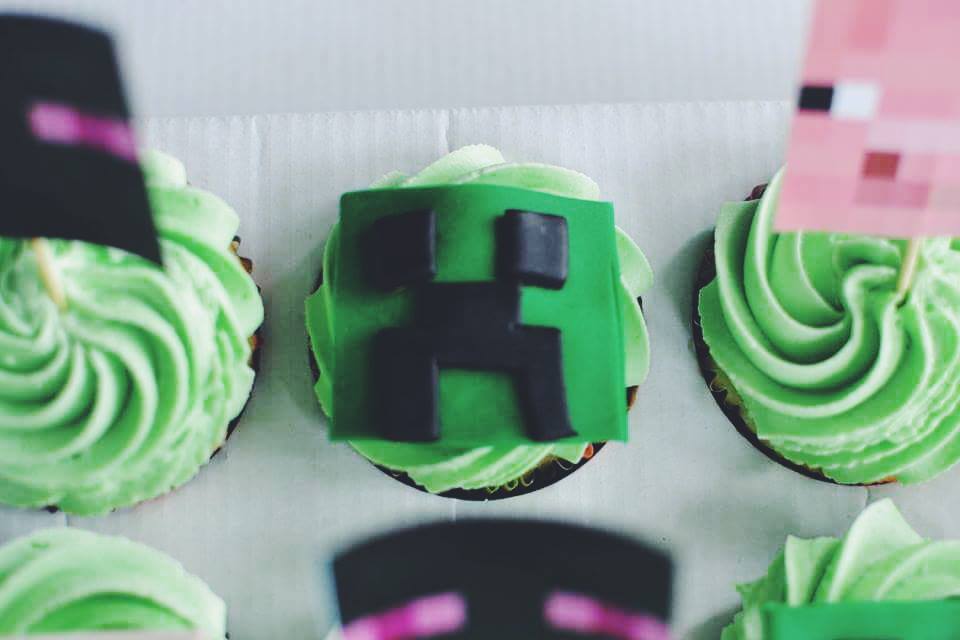 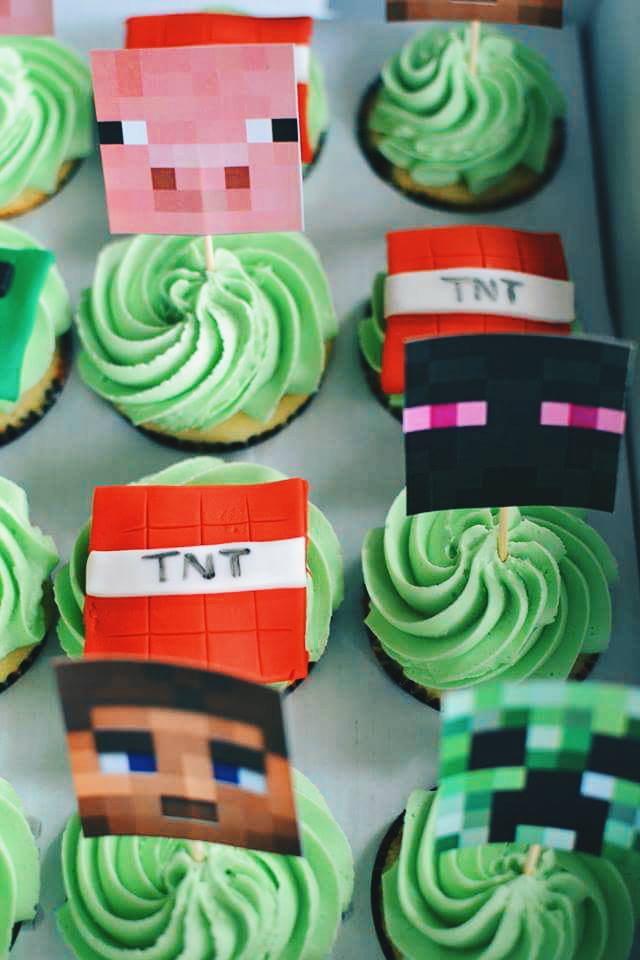 My boss at work asked me to make her son Minecraft cupcakes for his 8th birthday. So of course I said yes! I already made a Minecraft cake, so I felt pretty confident in making cupcakes as well. (If you don’t know, I am pretty unknowledgeable when it comes to video games… so I had to rely on google images of Minecraft when making these little characters, haha!).

The little boy wanted white cupcakes (which are essentially french vanilla cupcakes) with buttercream icing – so that’s what I made! I also dyed the icing a light green, to resemble the grass in Minecraft.

For decorations, I made 3 copies of the pig, 3  copies of the red TNT block and 3 copies of the green guy with the black face (as you can clearly see again…. I have no idea what the names are of these characters, LOL!) out of fondant.

For the other 15 cupcakes, I printed out images of a couple other characters from the game and stuck them to a toothpick and inserted them on top of the remaining cupcakes.

I hope you enjoy these cupcakes! 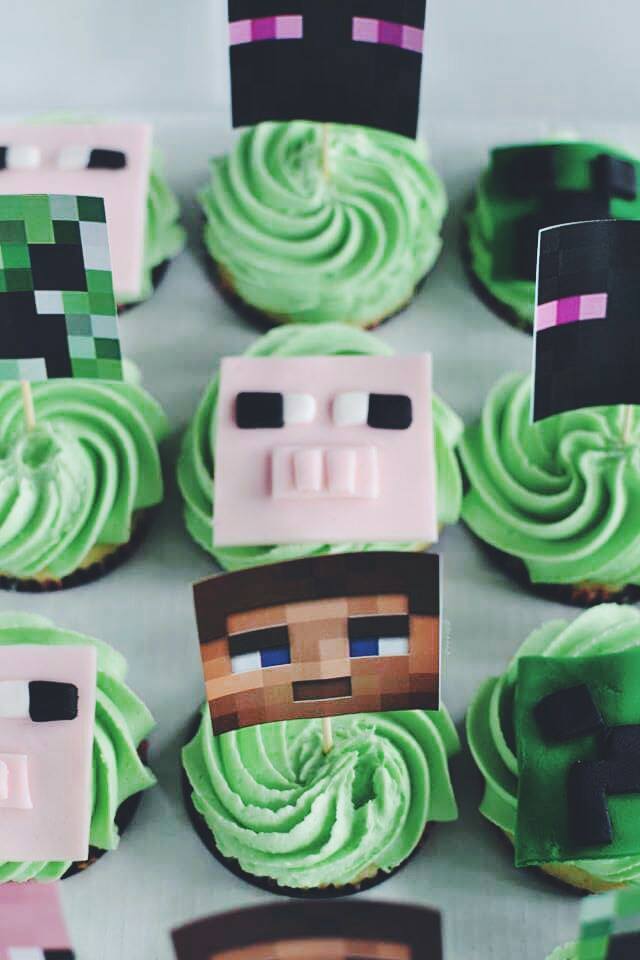 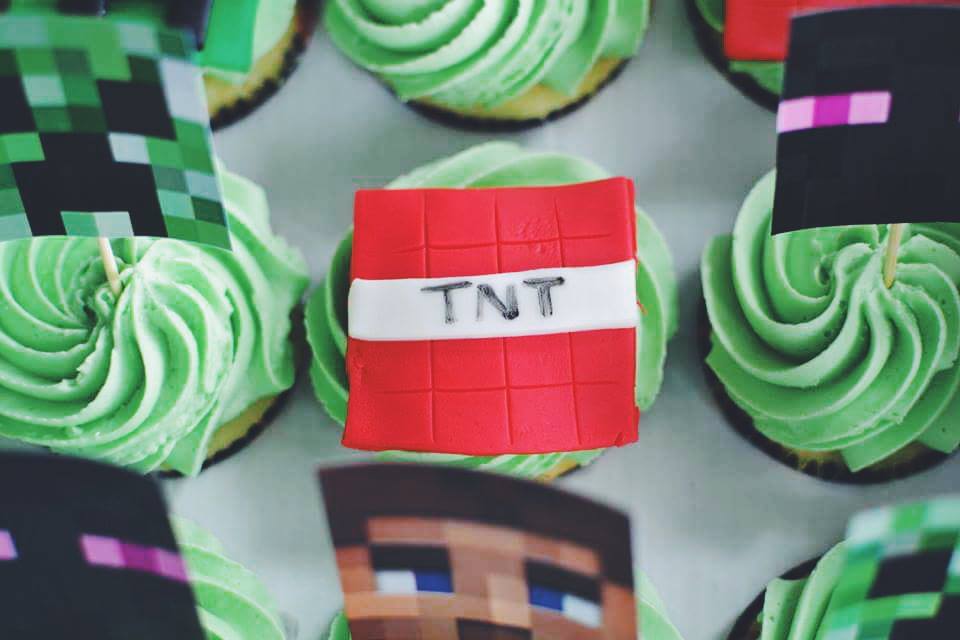 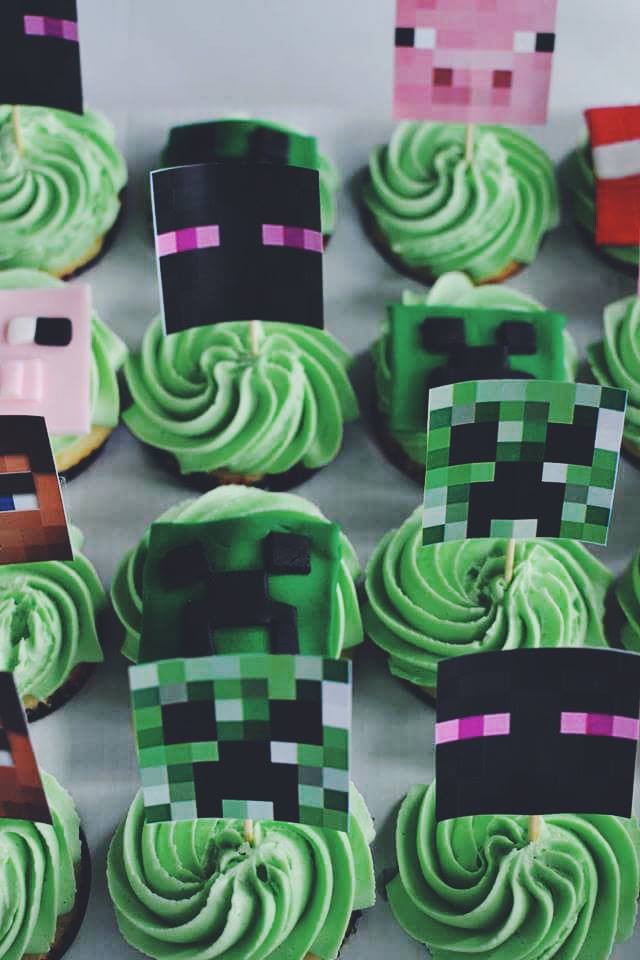 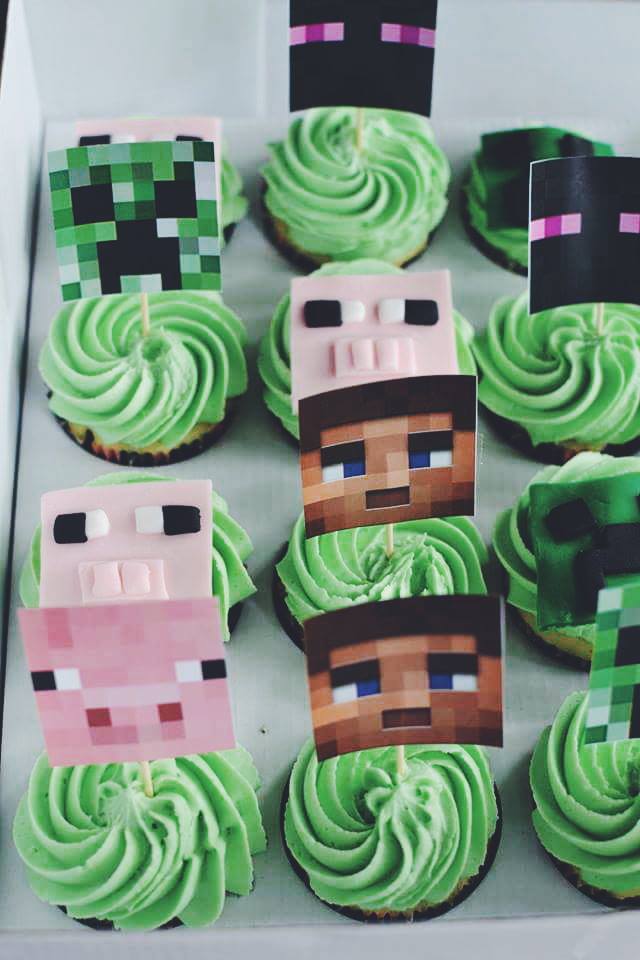