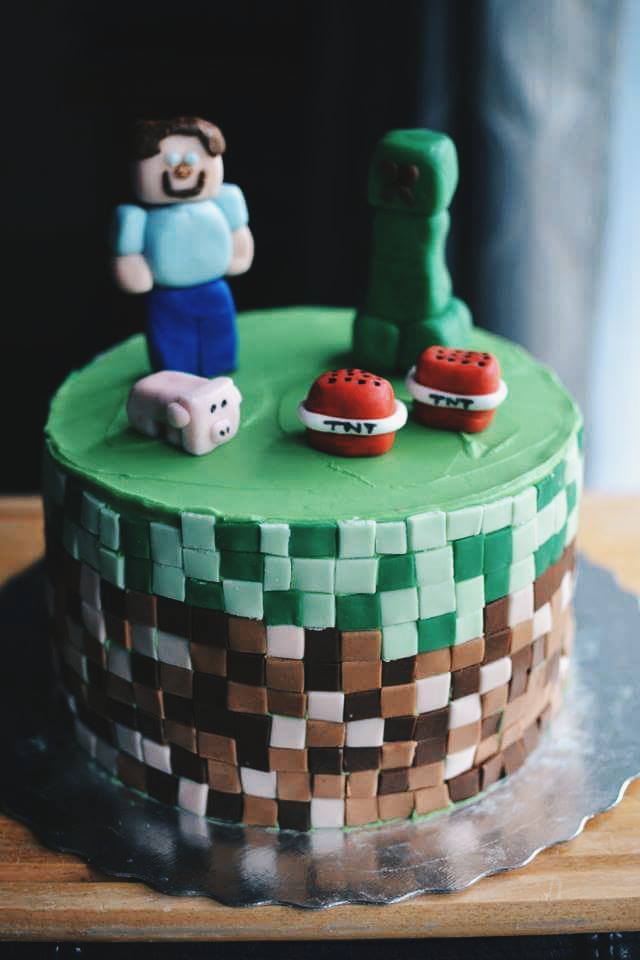 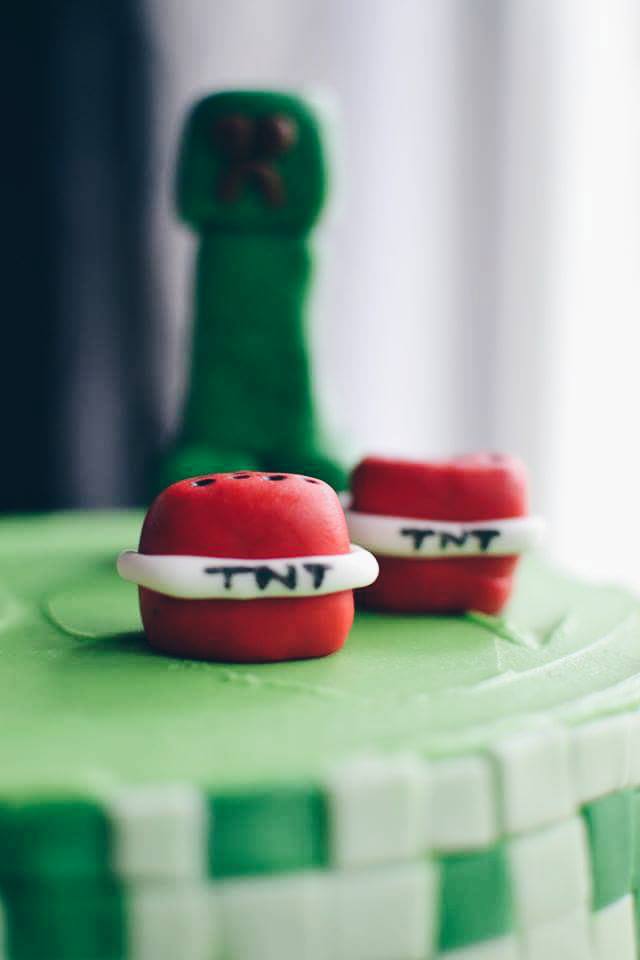 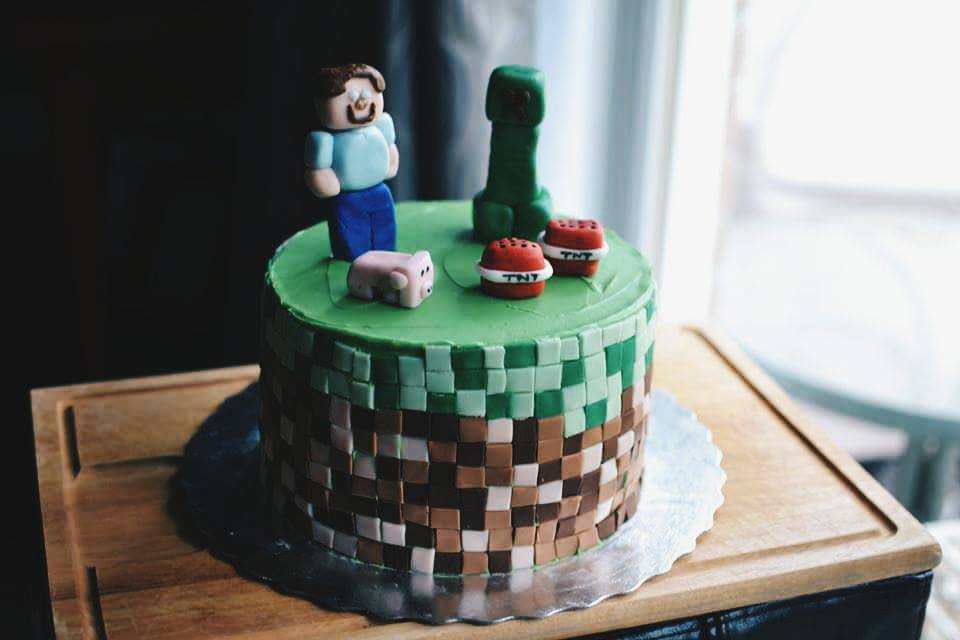 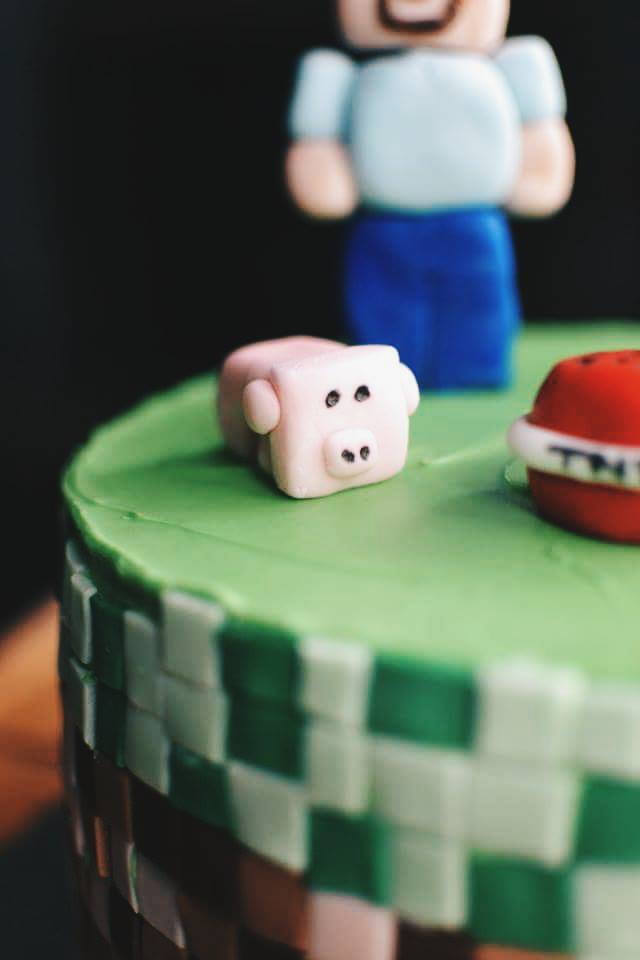 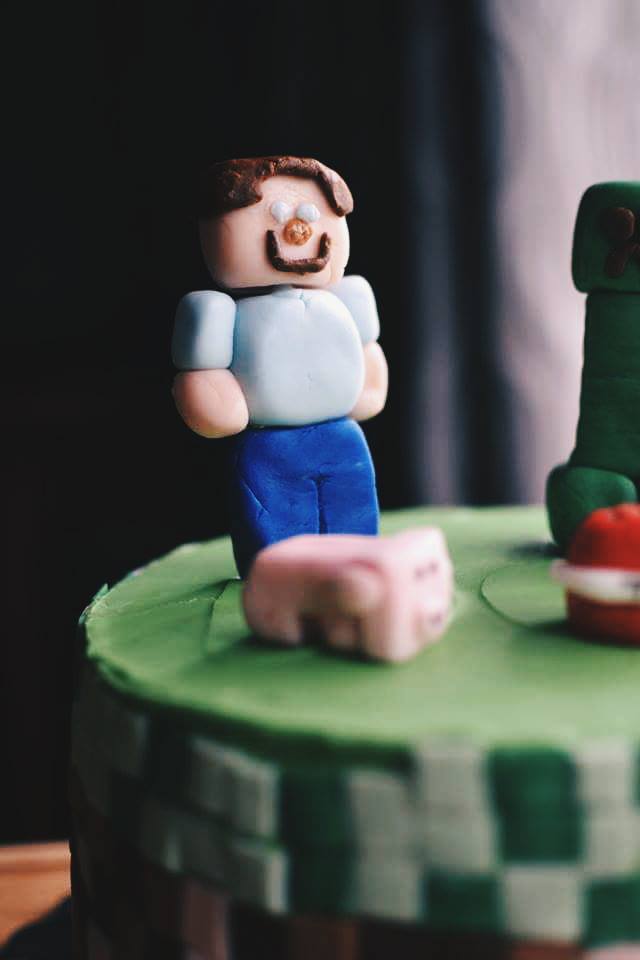 I work with this adorable and kind lady at work, and she asked if I could make her son a cake for his 14th birthday cake – and I said of course!! She wanted the theme to be Minecraft… which I had no clue really what that was. I mean, I know it was some sort of a game, but I had no idea what you did or what it is about and I still don’t to be honest, haha! I think there’s a lot of “pixel” thingys and you build stuff, and there are random characters… not too sure.

Anyways, this is what I came up with! I made a 4 layered vanilla cake with vanilla buttercream in between the layers. I coated the cake in vanilla buttercream and dyed the icing green. I then rolled out brown, light brown and beige fondant. I cut the it all into equal sized squares, so it would represent the pixels for the ground. I then did the same thing except with the two shades of green fondant, and stuck them all one by one onto the cake… and man was that a tedious task or what!!

I made the little characters out of fondant as well, and placed them on top.

I hope this is somewhat of an accurate representation of the game… because I’m still not sure! 😛

Talk to you guys soon. 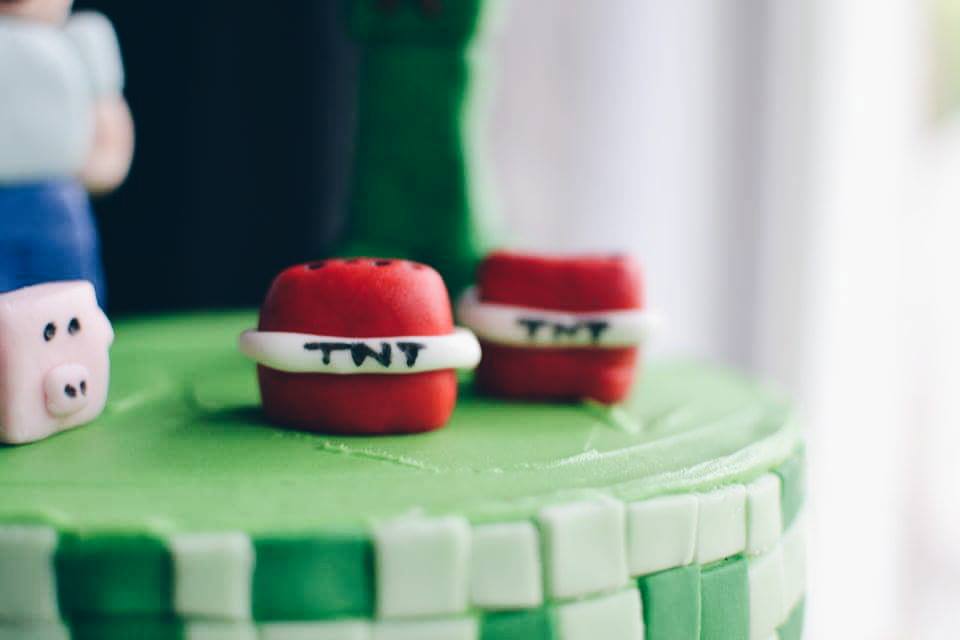 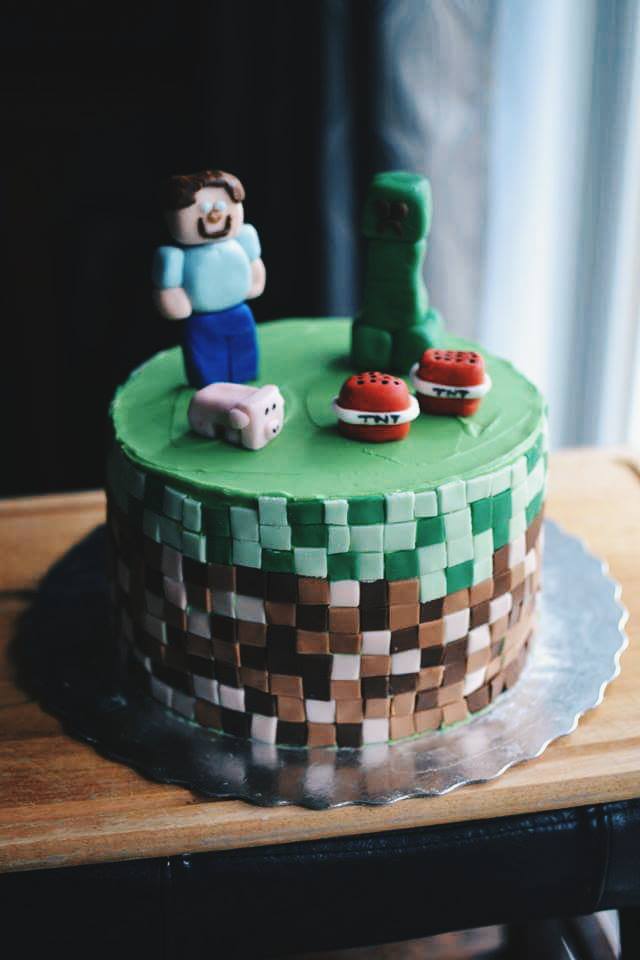 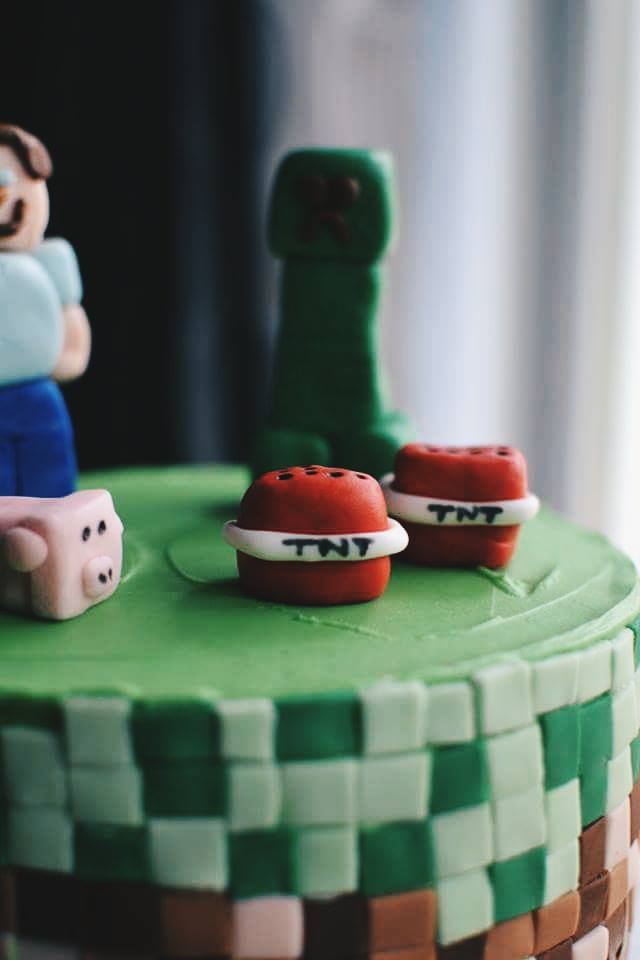 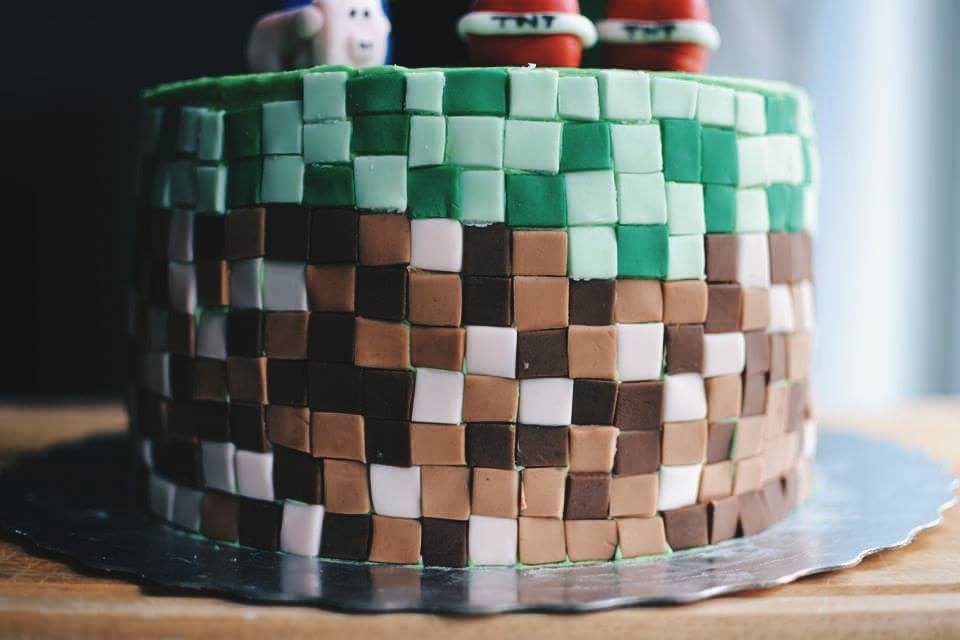