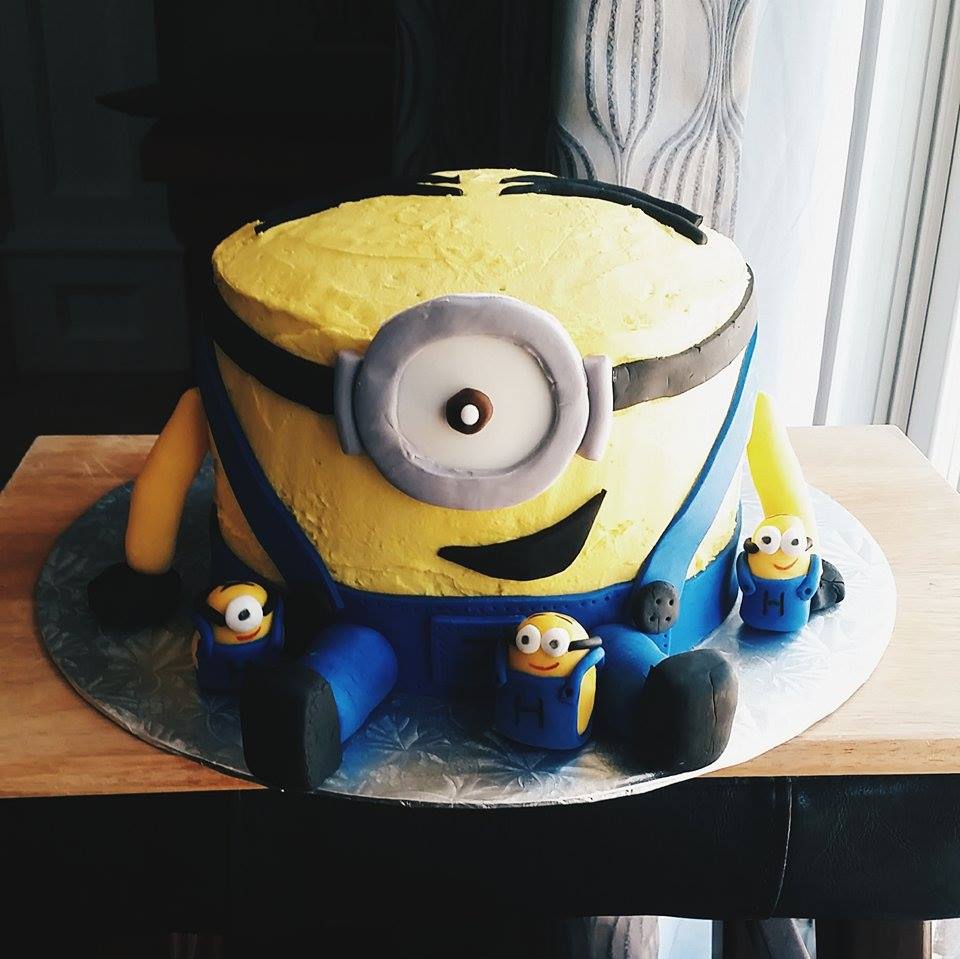 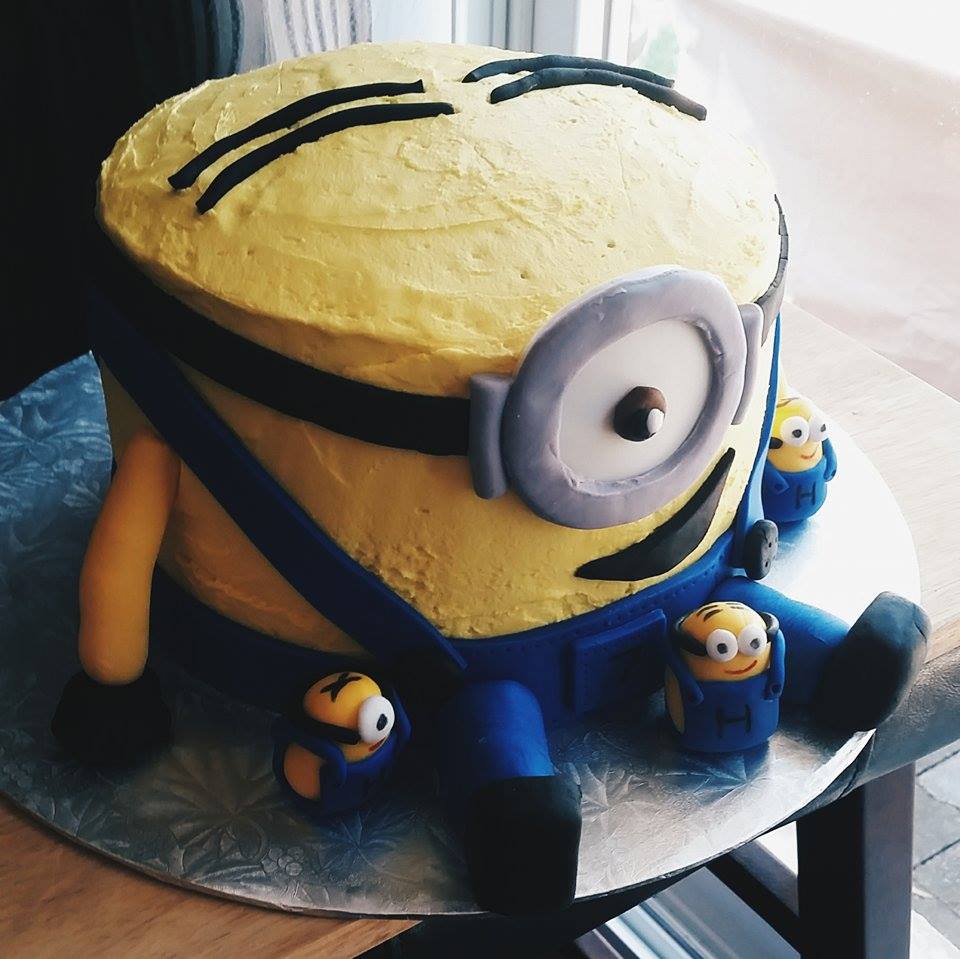 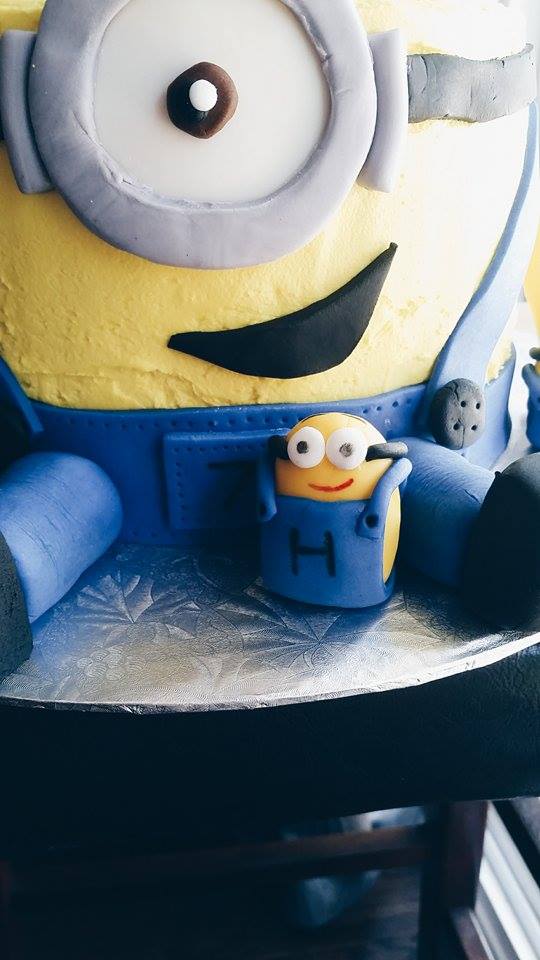 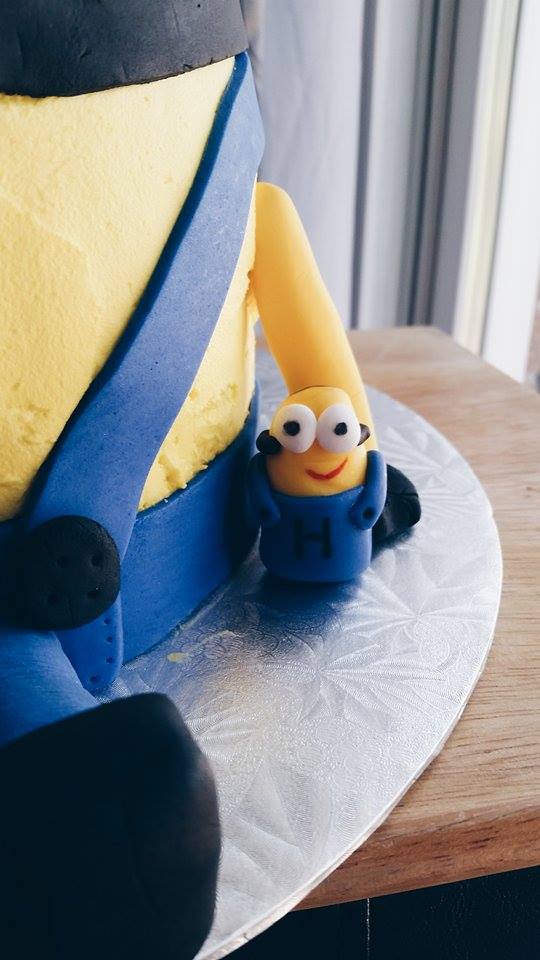 I could spend this whole blog post ranting on about how much I love Minions but to save you the boredom/the horror (because I know some people don’t like them… God know’s why…) I will just jump right into my cake.

I made two 8″ pans (one chocolate and one vanilla) and sliced them both in half so there were 4 layers. I buttercreamed in between each layer and stacked them on top of each other.

Working relatively quickly (so the buttercream doesn’t harden) I made all his little details (ex. the overalls, the legs, arms, etc).

I wrote “H” on the Minions front pockets (for the first initial of the birthday girl) as well as wrote a “7” on the big Minion’s front pocket (because that was how old she turned).

This cake was extremely fun to do, and I’d love to do it again sometime! 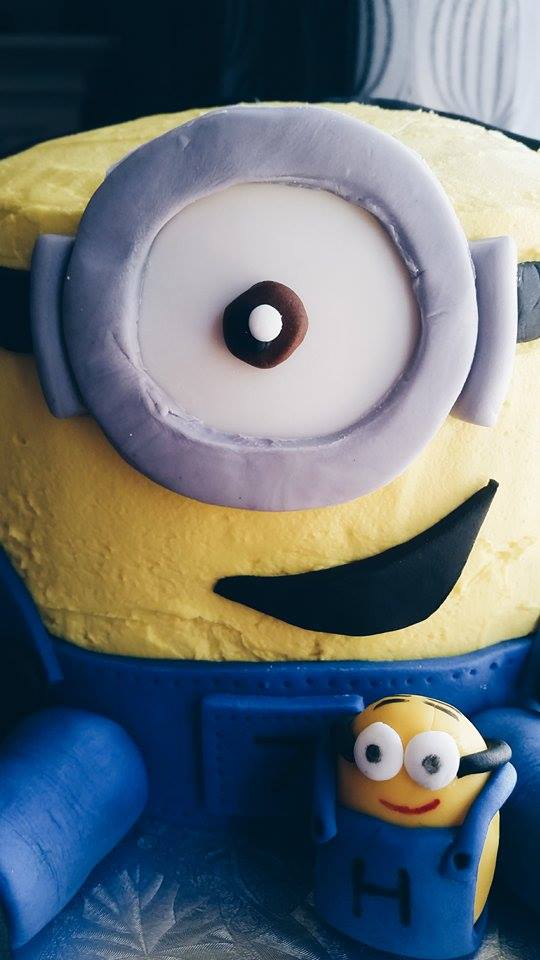 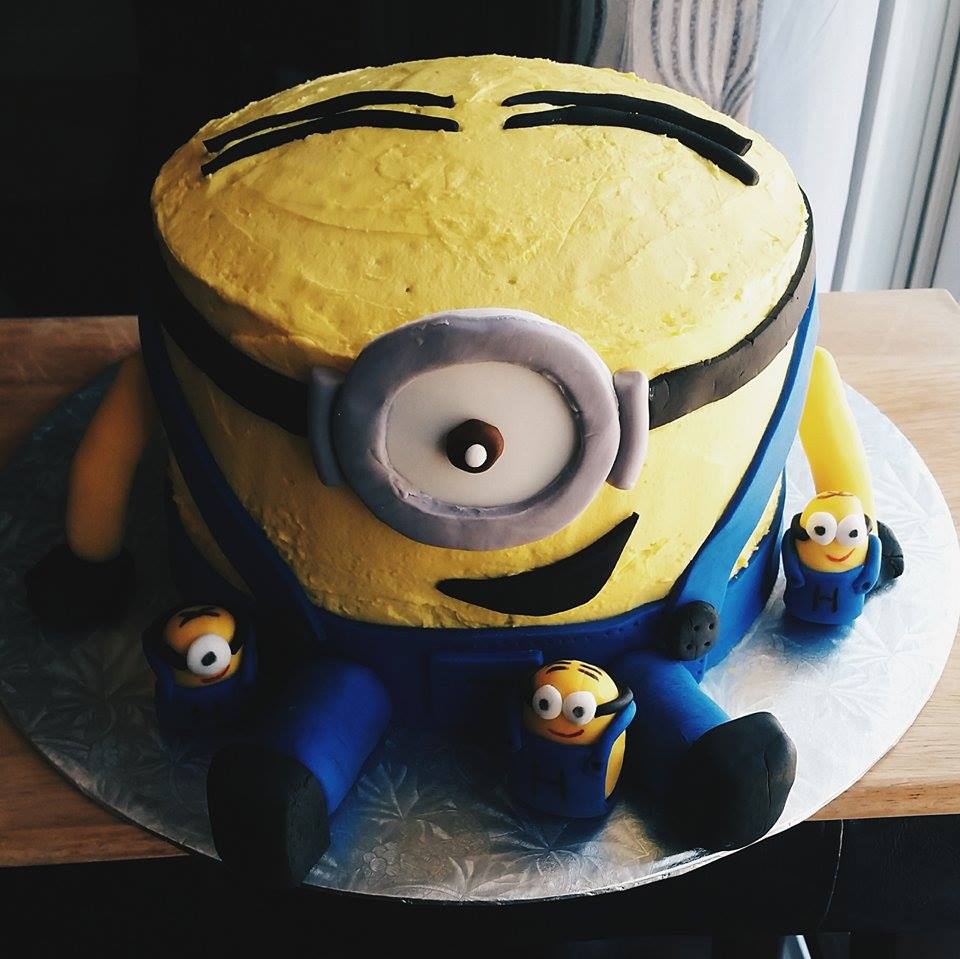 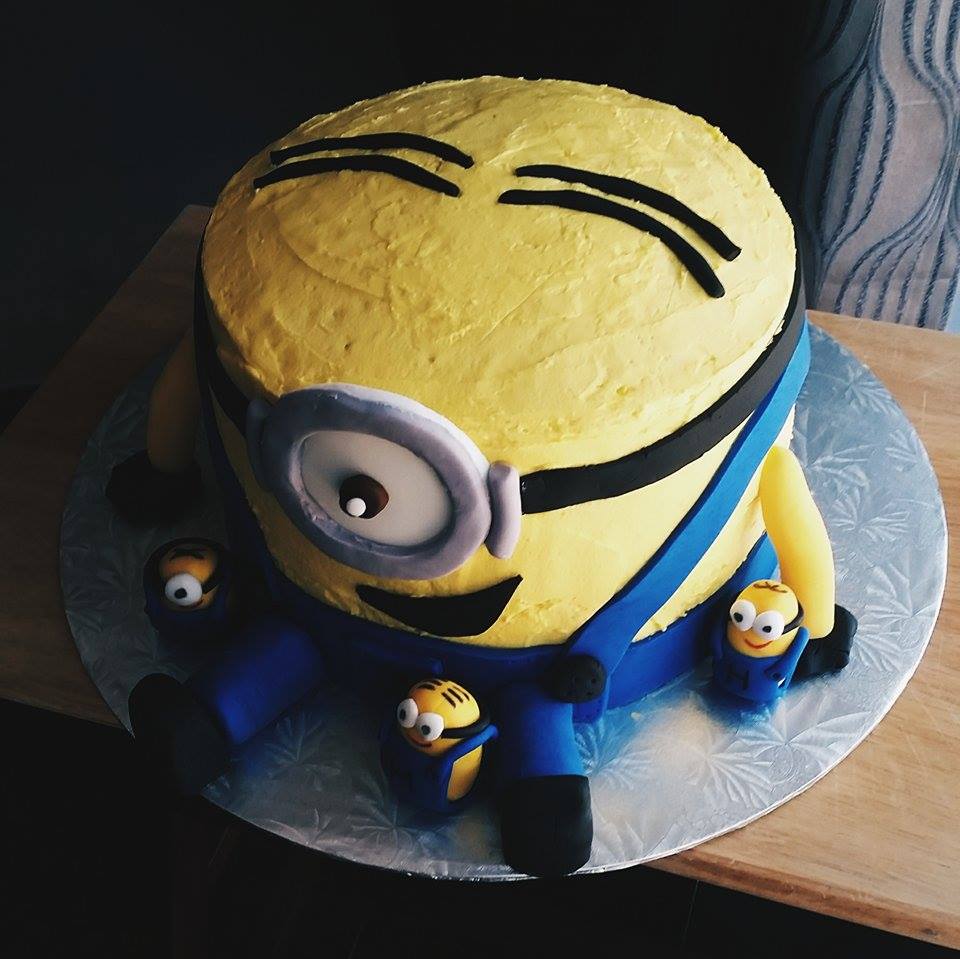 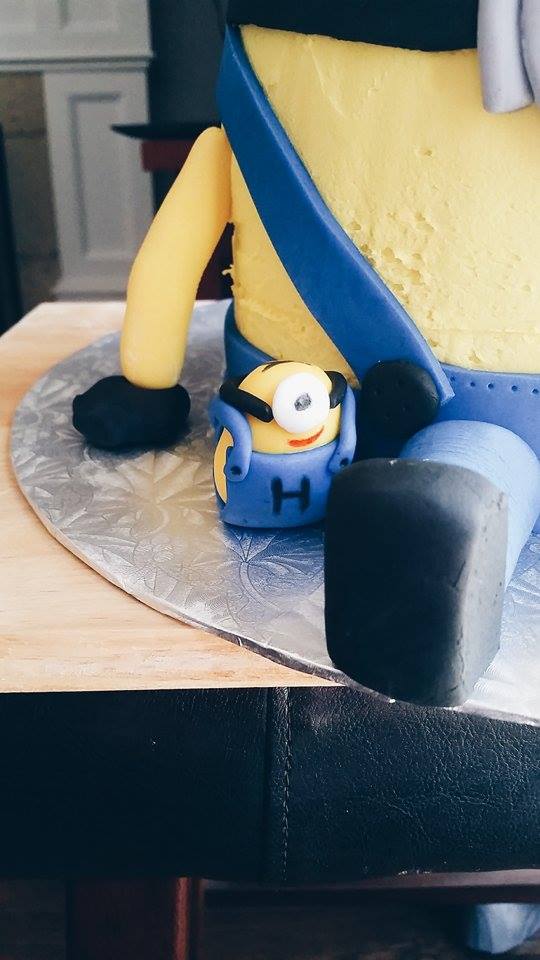 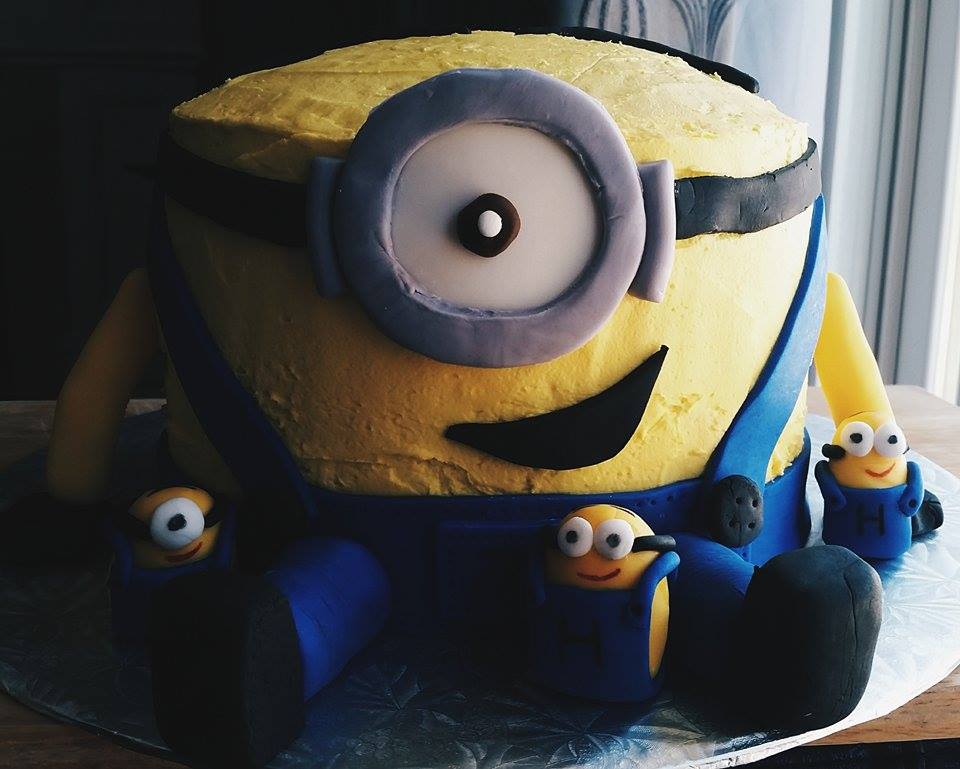 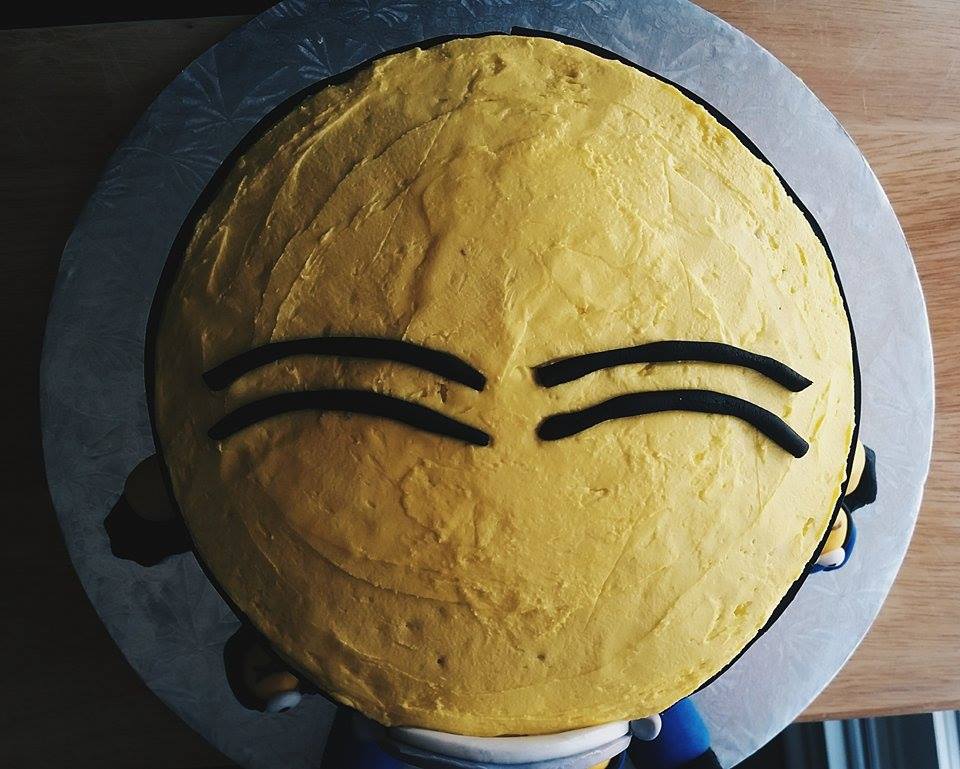